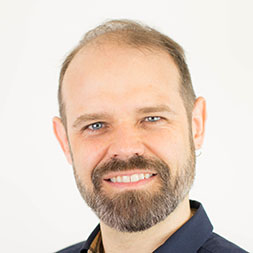 Dagan Wells is Honorary Fellow of the Royal College of Obstetricians and Gynaecologists. He is involved in preimplantation genetic testing (PGT) and the study of human gametes and embryos for over two decades, conducting his first PGD almost 30 year ago. He spent several years developing novel PGD tests at University College London, where he accomplished the first comprehensive chromosome analysis of human embryos in 1998, using a combination of whole genome amplification and comparative genomic hybridisation (CGH). In 1999 Dagan moved to the United States and joined Reprogenetics, one of the world’s largest providers of PGD services. In 2003 he initiated Reprogenetics’ highly successful single gene PGD program, helping numerous families to avoid the transmission of serious inherited conditions to their children. Dagan later accepted a faculty position at Yale University Medical School, where he spent four years running a research laboratory, before returning to the UK in 2007 and joining the Nuffield Department of Obstetrics and Gynaecology at the University of Oxford. Dagan’s work has led to the publication of over 150 peer-review publications and has been shortlisted for eighteen major conference prizes (ASRM and ESHRE) in the last decade, winning ten of them. Dagan is a Fellow of the Royal College of Pathologists, the Royal Society of Biology and the Institute of Biomedical Science and currently serves on the Editorial Boards of several international journals. In 2019 he was awarded an honorary Fellowship ad eundem by the Royal College of Obstetricians and Gynaecologists.

Dr Wells has published more than 150 scientific papers, including the first studies to perform comprehensive analysis of chromosomes in human embryos and the first genetic diagnosis of cancer predisposition in human embryos. He has been actively involved in preimplantation genetic diagnosis (PGD) and the study of human gametes and embryos for over two decades. • Live births following Karyomapping of human blastocysts: experience from clinical application of the method (2015) • Altered levels of mitochondrial DNA are associated with female age, aneuploidy, and provide an independent measure of embryonic implantation potential (2015) • Routine use of next-generation sequencing for preimplantation genetic diagnosis of blastomeres obtained from embryos on day 3 in fresh in vitro fertilization cycles (2015)